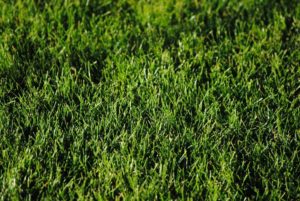 The grass does not grow in my backyard. I was looking for another alternative and considered artificial turf until I read about the potential health risks.

According to HuffPost, there are growing concerns about the potential health and environmental impact of synthetic grass. Apparently, Amy Griffin, a college soccer coach in Seattle, noticed that a number of soccer goal keepers, who played on artificial turfs infilled with recycled rubber tire crumbs, developed blood and other rare cancers. She argues that enough research has not been completed on the risk of harm to those who make frequent contact with the turf.

In addition to the lack of research regarding the potential health risks to the public, the available information does not seem to be favorable. For example, artificial turf heats up in the sun which may cause blisters, burns, and worsen environmental issues due to the increased rate in which heated toxins are released into the air. Likewise, another environmental concern is flooding. If you live in an area that may receive a lot of rain at any given time, then installation of a drainage system must be considered. Unlike natural grass, without proper drainage in place, water settles on top of artificial grass which can lead to flooding.

In conclusion, it is generally recommended that the use of artificial turf be limited to those with no other practical options. If you do not fit in this category, consider skipping the artificial grass until more research is available.